If you would like to contact one of our directors, please write to our e-mail address info@taiyo-europe.com.
We will make sure they get your message! Thank you for your interest. CLOSE

All four sides of the stadium are protected by a transparent ETFE-film cover. The four sections extend from the almost horizontal roof over the heads of the spectators, to the almost vertical facades that surround the stadium. The transparent surface is around 10,000 m² in total. Taiyo Europe was commissioned with the execution planning, with the production and with the construction of the stadium cover. Taiyo Europe successfully obtained approval for the construction via the French approval procedure in individual cases (ATEx).

Due to the large spans, the tightly pre-tensioned ETFE-film is supported here by thin stainless steel ropes, which run in also transparent rope pockets. As a result, the high wind loads and snow loads can be safely taken by the rope-foil-system, transferred to the steel structure, and finally from there to the reinforced concrete foundations. Only with the construction method of the lightweight ETFE-film-system used here could the architects' goal be achieved to create a light and transparent stadium envelope, which largely protects the spectators from wind and weather but still gives them a clear view of the surroundings. With the Stade de la Licorne in Amiens Taiyo Europe implemented this architectural intention perfectly. 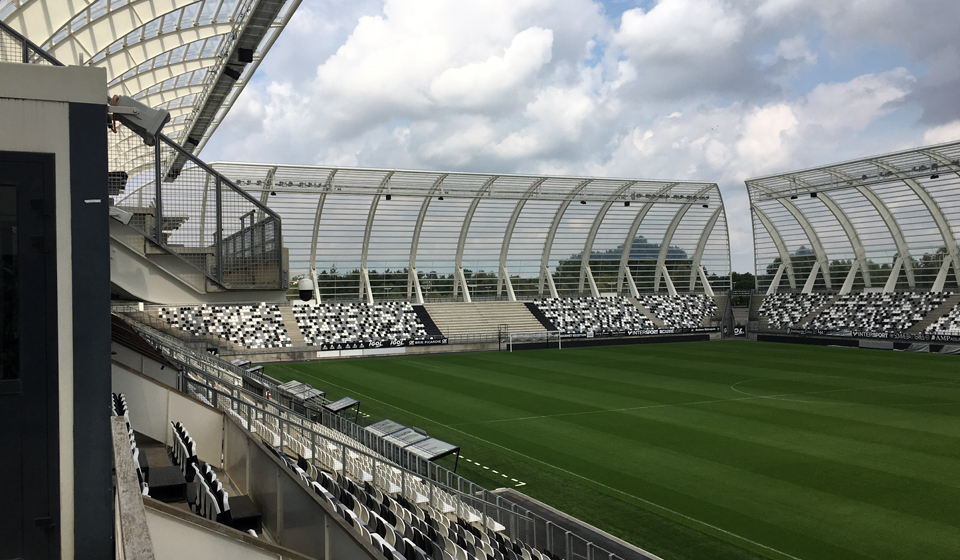 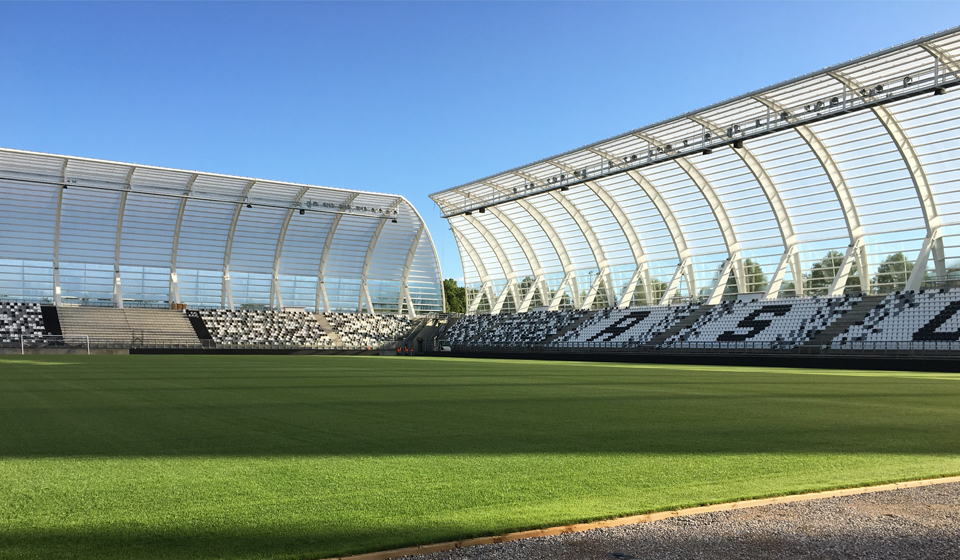 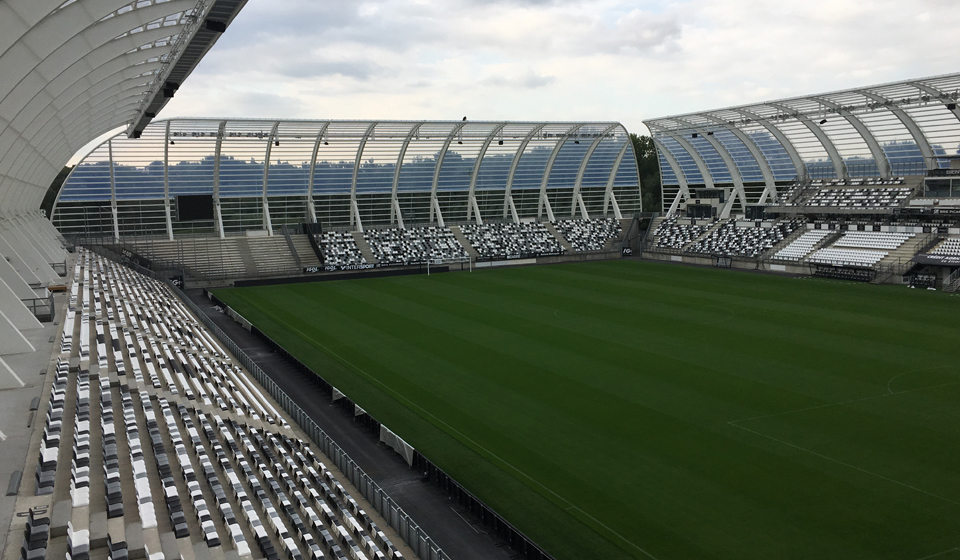 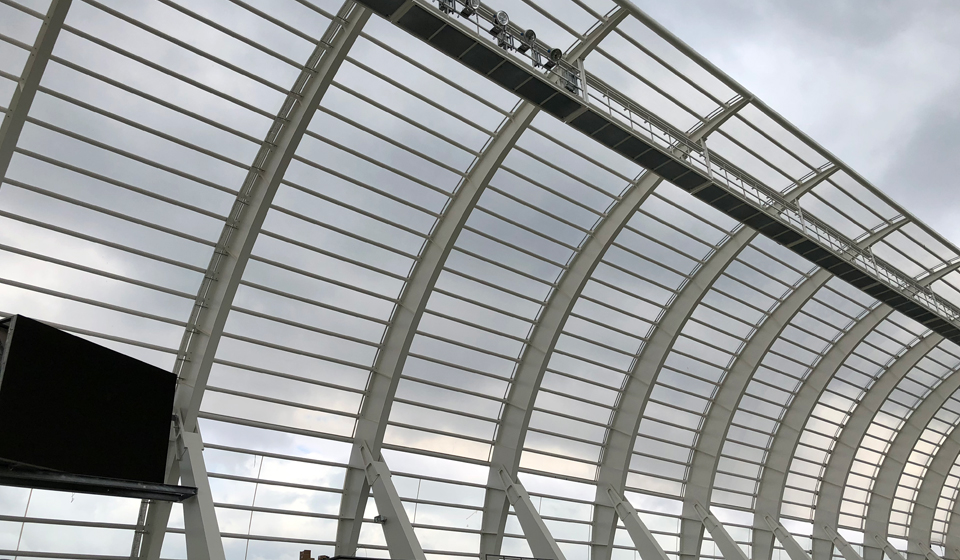